As many of you know my grandad passed away in February. While I couldn’t be at his funeral, my heart was with my mom and dad who took the trip to England to say goodbye.   Justin had the opportunity to meet my grandad only once when we visited in 2006. In the week we spent with him Justin learned a lot about him and admired him greatly. Justin always wanted to go back and visit him, but it wasn’t to be.
A few weeks after his funeral Justin mentioned he wished he had asked my parents to bring back one of my grandad’s match stick models. There were six or seven of them that my grandad had made over the years. I said while it would be nice to have one, I can’t imagine it would have survived travelling all this way.
Well, guess what arrived in the mail a few weeks ago: 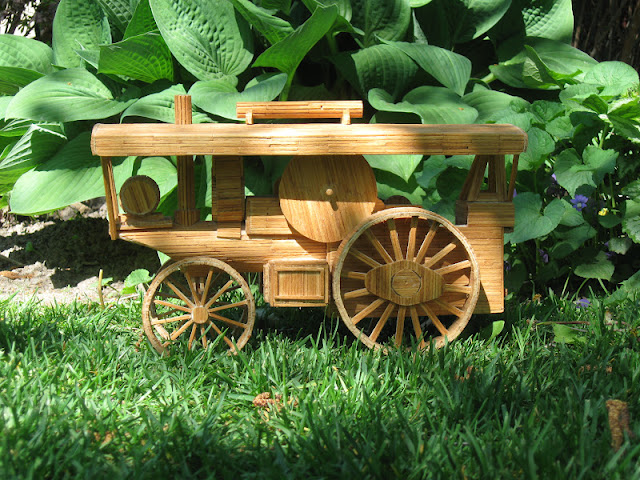 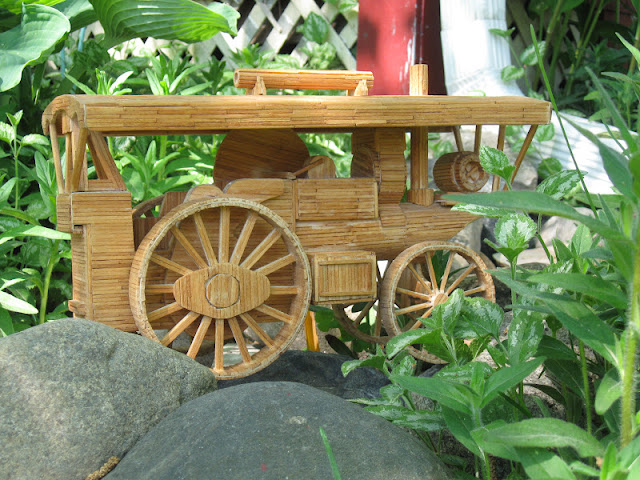 Yes, that is one of my grandad’s models. My dad told his sister that we would really like to have one of the models and she kindly packaged it up carefully and mailed it to us. It arrived in two pieces, one of the wheels broke off, but we fixed it with a little bit of glue, and it looks just perfect.
I can’t tell you how wonderful it is to have another piece of handmade work from my grandad. Thanks so much for sending it Aunt Ann, we will treasure it forever.
Posted by Kim at 6:00 AM

Email ThisBlogThis!Share to TwitterShare to FacebookShare to Pinterest
Labels: Family, My Thoughts