In our home, I read Reece books and Justin is the king of storytelling. I am not sure how he does it, but he can start telling a story, spinning it this way and that way, from the top of his head. There are times, he has both Reece and I totally entranced in the story he is making up.  I love it, but more importantly Reece loves it.
Lately, though, it is not Justin doing the storytelling, but Reece. This past weekend he told me the most detailed story of how we would get to Chapters to visit his friends (the puppets). It involved a red airplane, flying, landing on the roof at Chapters, and so on.  There were times he would jump from one detail to the next and I would ask how something came about, and without a thought, he would fill me in.  He was immersed in telling me the story and quite serious about the fact that we would be flying to Chapters.
I was amazed at the detail and depth in which he told the story.  I was pleased to be the person he was sharing this story with. And I was amazed at his imagination and ability to put it all together.
Each and every day this little person continues to amaze me. 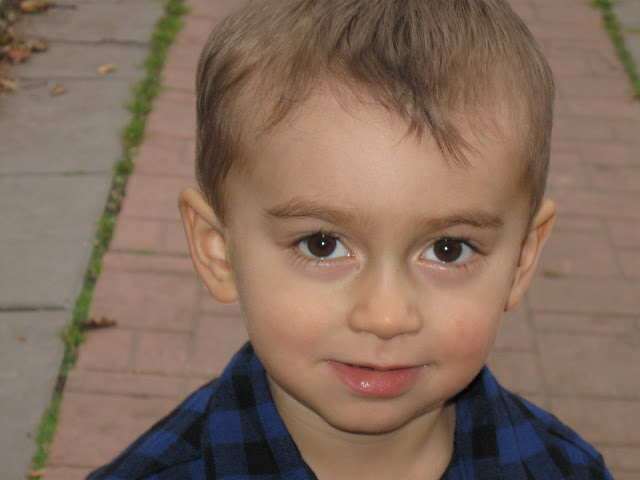 Newer Post Older Post Home
Subscribe to: Post Comments (Atom)
Welcome to Mothering with Mindfulness. My name is Kim, Waldorf inspired homeschooling mama to one, writer, nature lover, dreamer, and lover of all things handmade. This is my space. A space to share with you my journey through motherhood, as I walk along the path of simple, mindful living. I invite you to join me as I learn and grow.