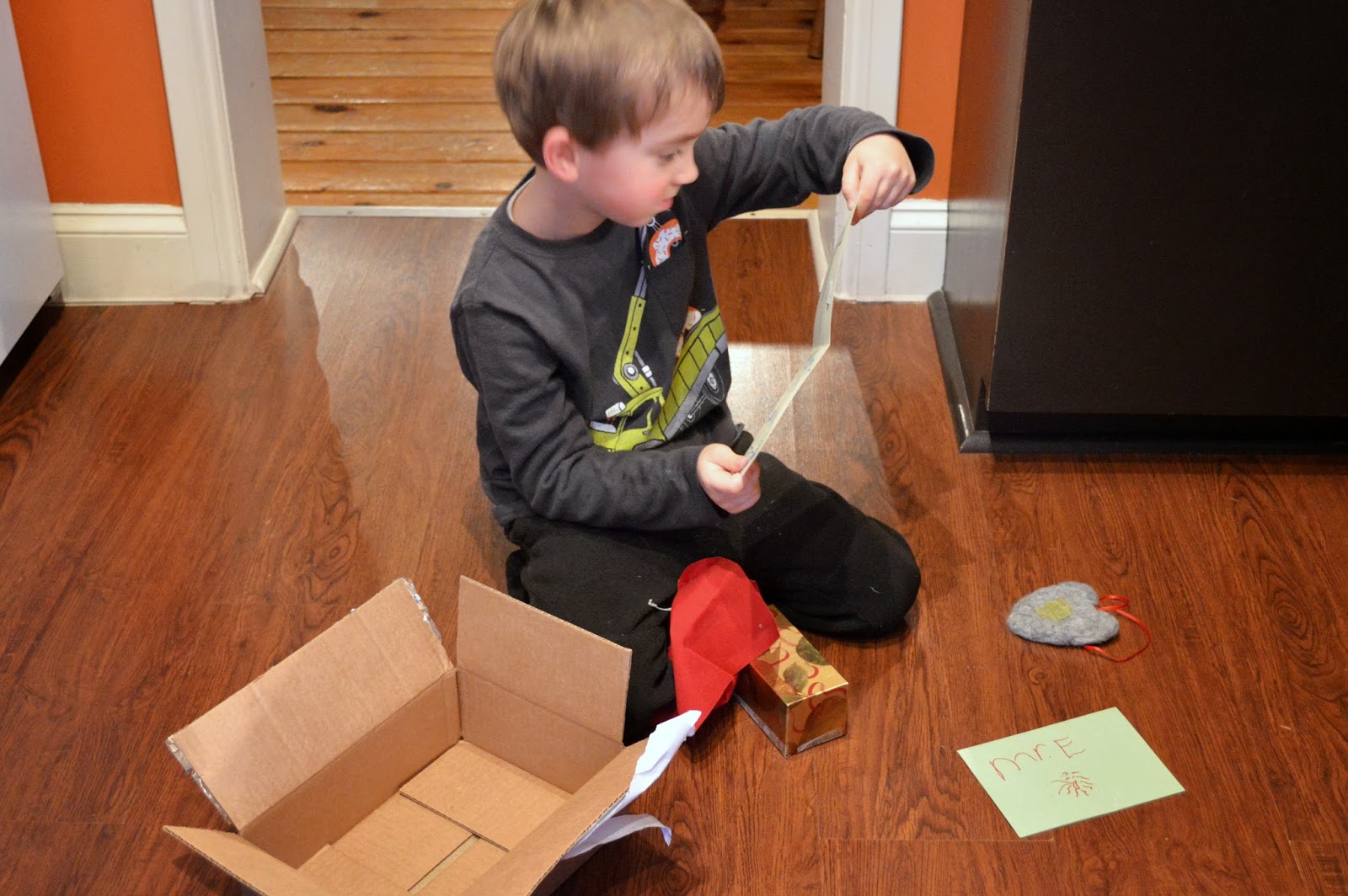 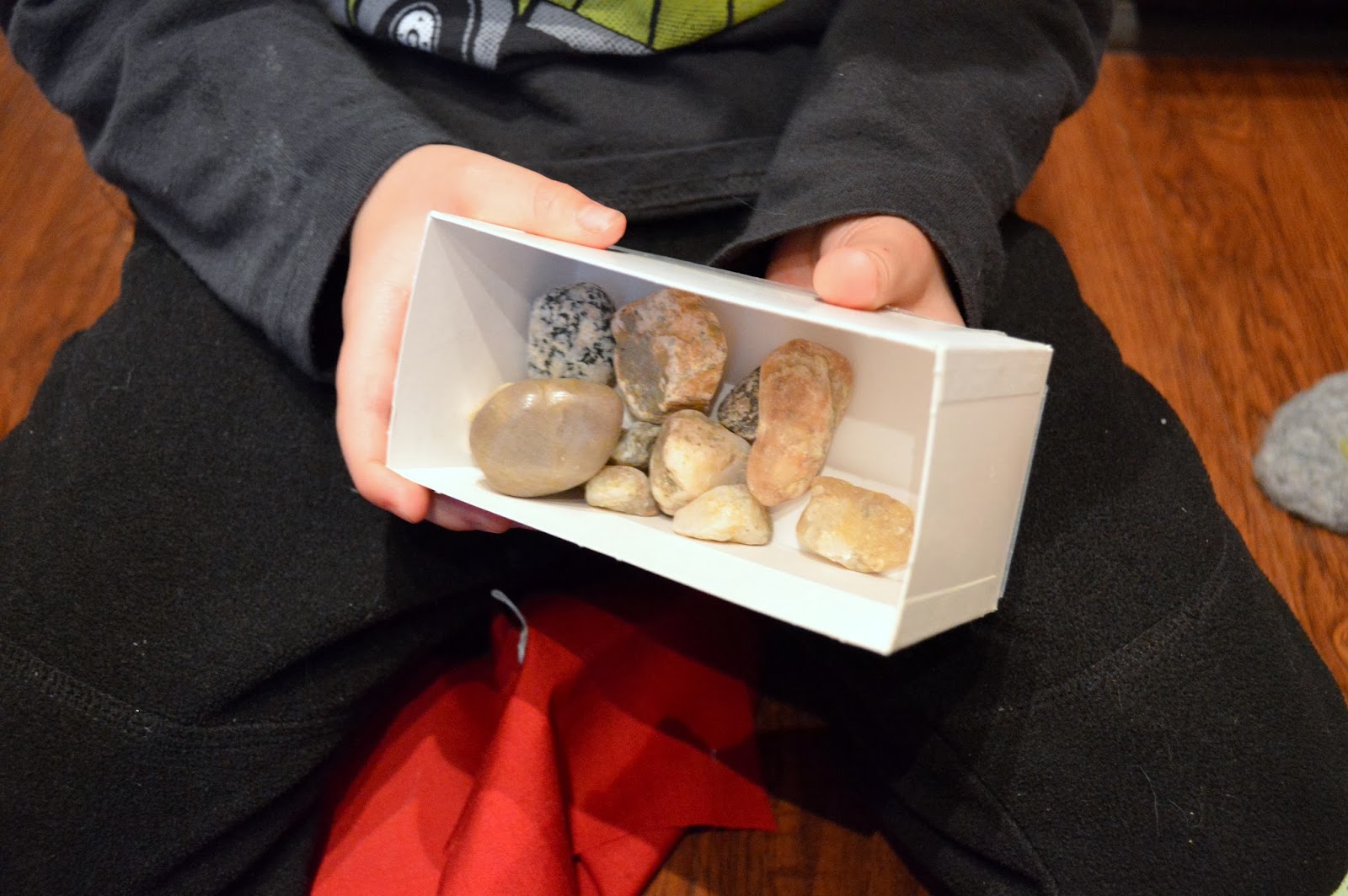 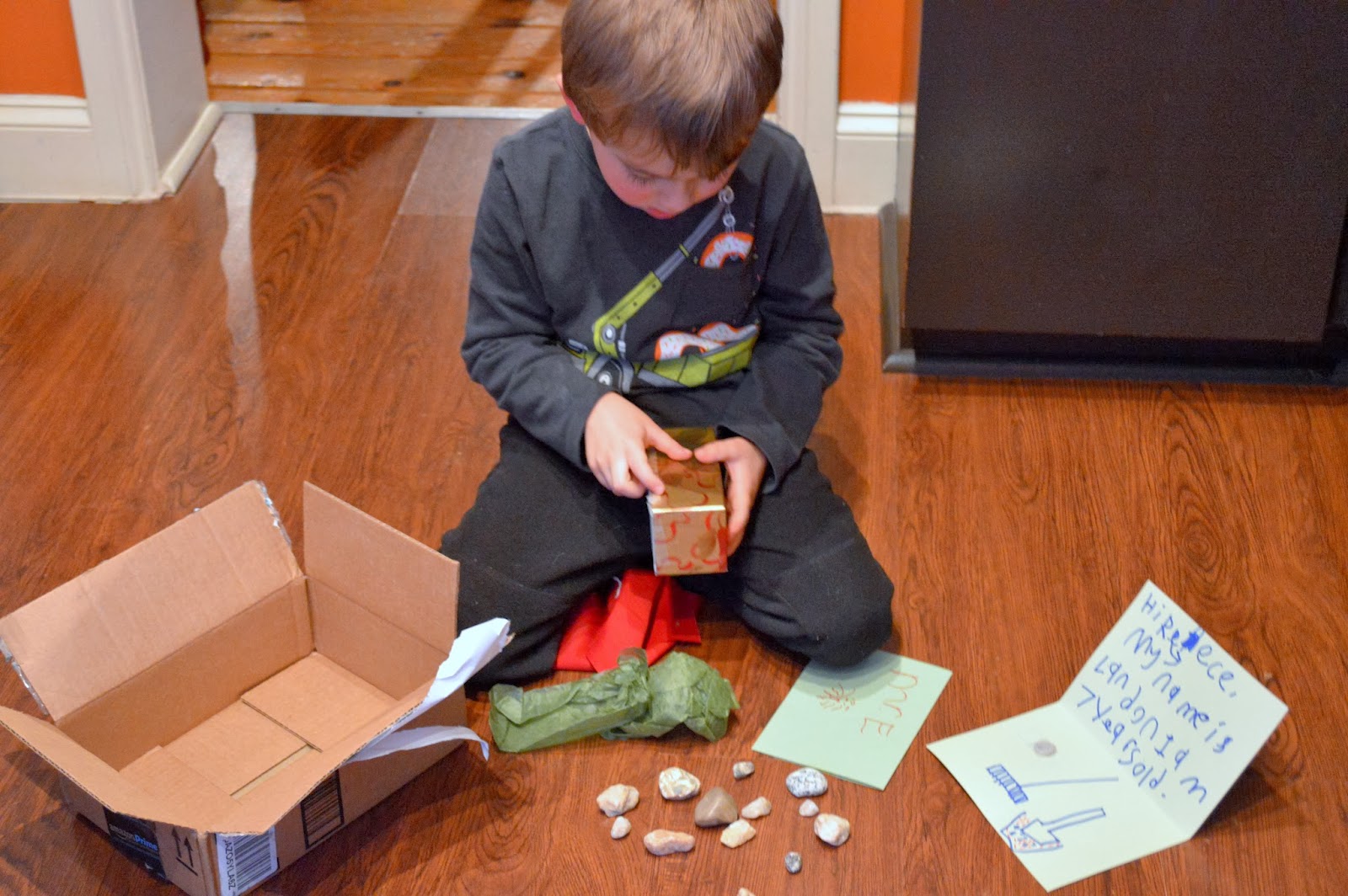 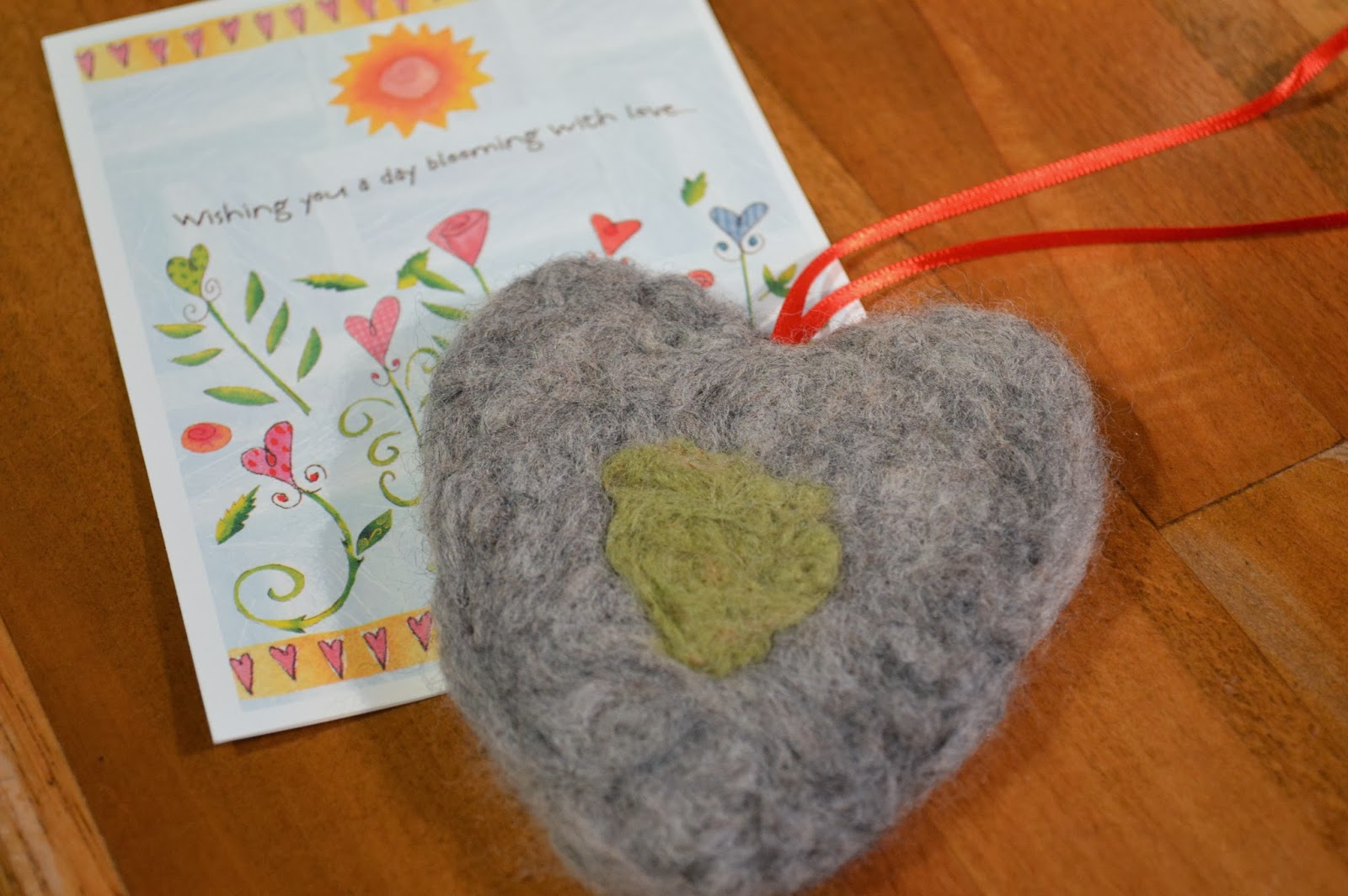 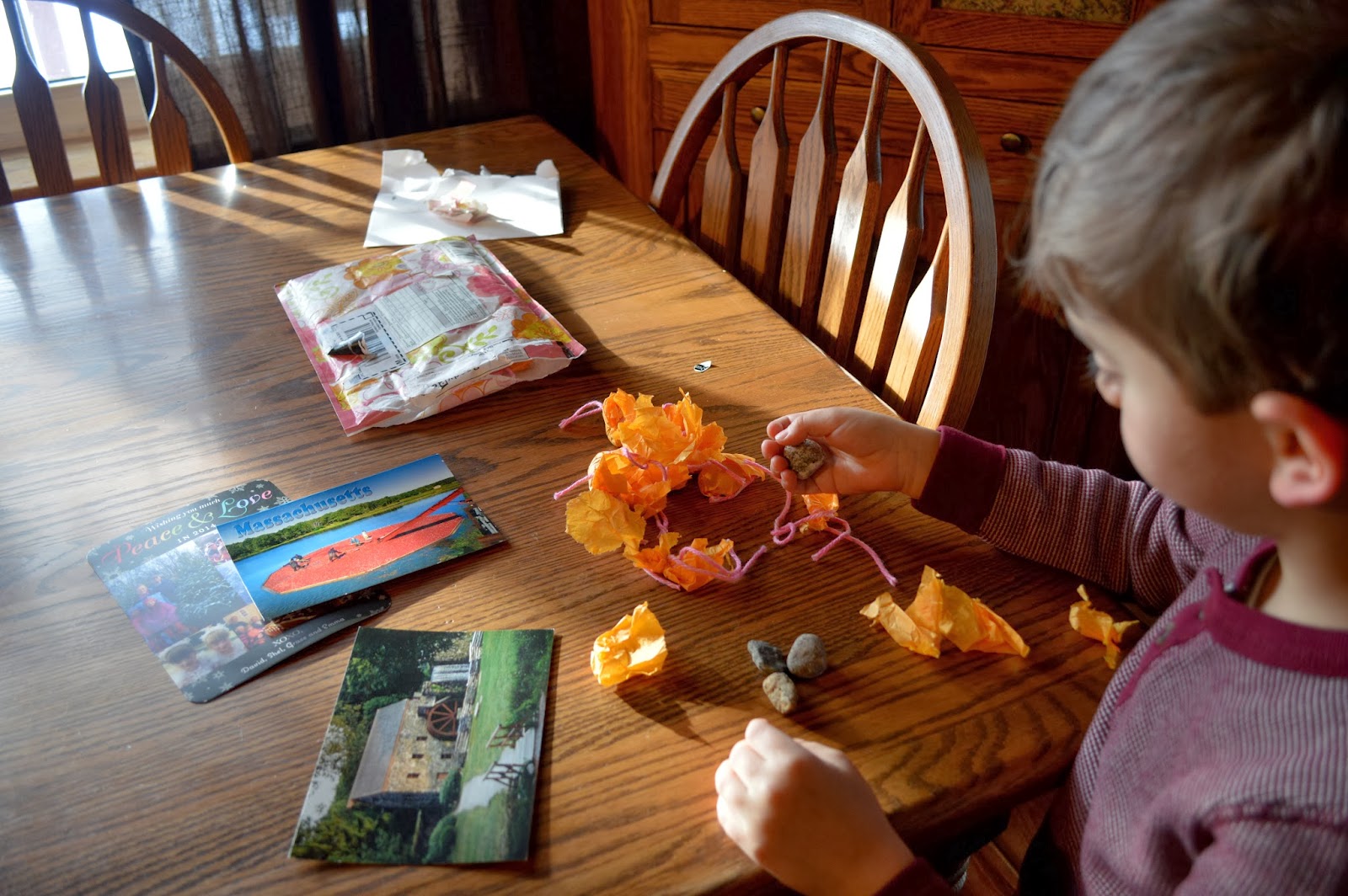 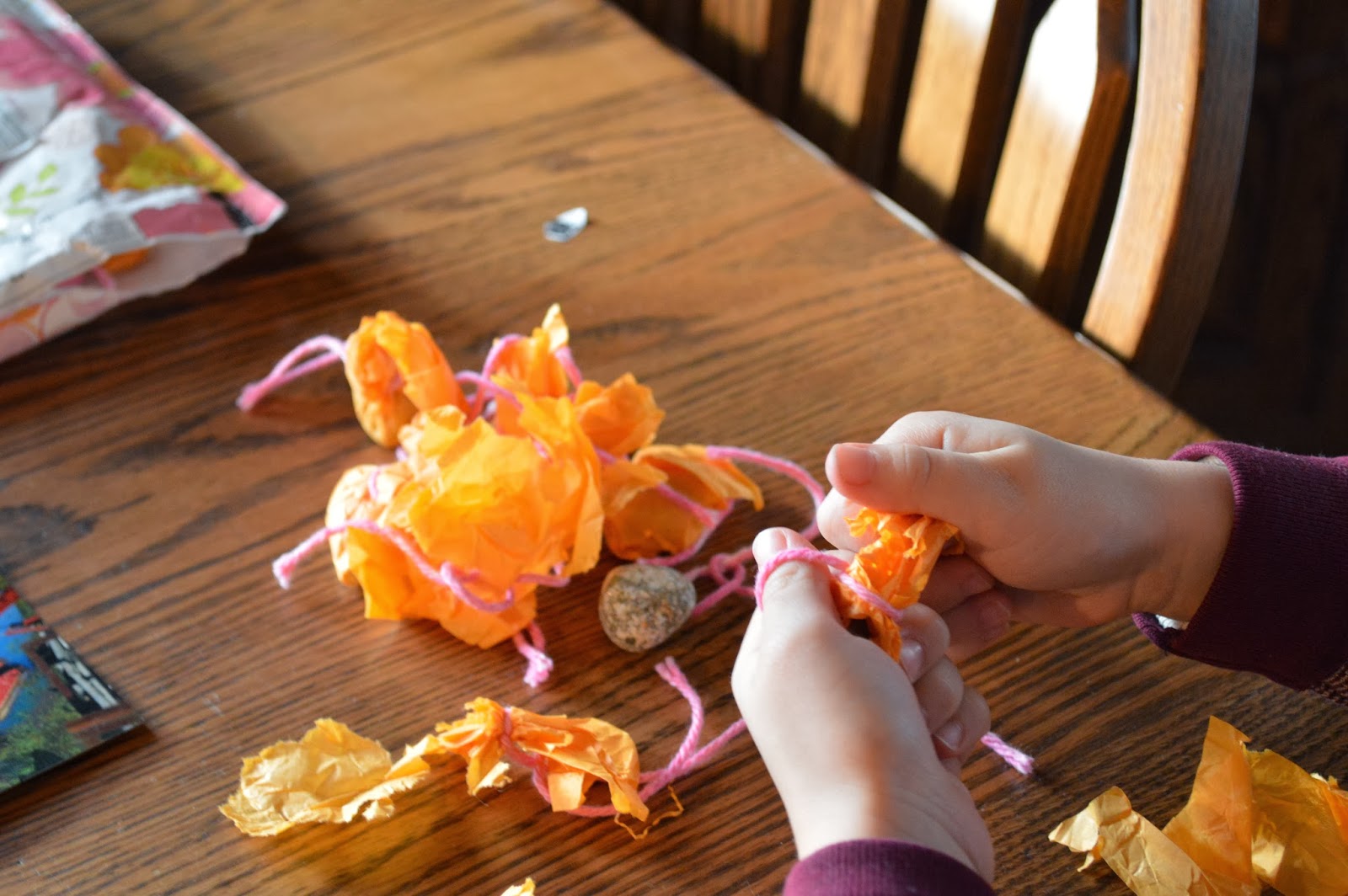 My love of mail began as a child patiently waiting for letters from my pen pals. I wrote to my cousin in England for years and another girl in Denmark. Receiving those letters and then writing back was so much fun. I still love sending and receiving mail, as most of you know, and when I shared with you the 52 Letter Project a few weeks ago I not only received a lot of addresses, but also a request from Rosemarie wondering if Reece would like to do the pen pal thing with her boys. Of course I said yes.

Reece's first package arrived from Vermont full of rocks. He was so excited. And there was even a little something for me. As soon as the package was opened and I explained the whole thing to Reece and he was off to pick out some rocks to send back. The next day he had the package and a little note all ready to go.

And then two days a later another package arrived from Massachusetts, more rocks and postcards from a little rock exchange we did with Shel and her girls. Of course Reece was adamant that we had to send mail back and so another pen pal relationship has been started. Reece made up some cards, and added something special and Tuesday we dropped them in the mail.

I am so happy Reece finds so much joy in sending a little note off to friends. A simple pleasure we will both enjoy this year.
Posted by Kim at 5:00 AM