Sometimes I Have to Bite My Tongue

Picture yourself in the grocery store, complaining (aka “whining”) to the check out person about the day you are having. This may not be a common occurrence for you; it sure isn’t for me, but just take a minute and picture it.
Now, picture the checkout person replying “it sounds like somebody needs a nap.”
Here’s another one for you. You are at a coffee shop with a friend. Your friend offers to buy you a cup of tea; just as she is about to hand it to you she says “what’s the magic word.”
How would either of these scenarios make you feel? Small, disrespected, frustrated and maybe even angry.
These are two statements which have been said to Reece over the last few weeks and each time I have to fight not to say something to the people who speak disrespectfully to him.
The first time it happened we were in Starbucks, I was grabbing a tea to go, but Reece wanted to spend a few minutes at Starbucks sitting in one of the booths. Most days, I would have accommodated his request, but on this particular day we were expected somewhere. So, as toddlers do, Reece was complaining (aka “whining”). The barista behind the counter jumped right in with “sounds like somebody needs a nap.” Really, we have been here for exactly two minutes and you can tell my little man needs a nap. You know nothing about him, the day he has had, his temperament...nothing. So how can you know he needs a nap?
We all have bad days, or bad moments within a day. As adults we complain and we move on, this is not so easy for toddlers to do. As adults we need to take a moment and actually listen to what a child is saying or complaining about, acknowledge it and help them to move on. Not always easy, but from my perspective much nicer than speaking down to them.
The second time, we were in music class. It was the end of class and the children were getting their attendance stickers to add to their music books. The music teacher offered the children the stickers, but then as she was handing it to them said “What’s the magic word.” Really, I thought.  You are about to give them something, they didn’t ask for it, you are giving it to them, in my books there is no need for a please, but there should be a thank you. I was proud when she came to Reece and he didn’t know what to say, “What’s the magic word” is not a phrase he is accustomed to hearing. He only knew to say please when the boy beside him said it. And I was even more proud after being given the sticker, Reece said thank you...as I would expect him to after being given something and as I would do after someone gives me something.
These are statements which are often said to children, but they are ones we avoid using with Reece. Why, because we respect Reece. He is a human being. He has feelings which need to be heard and accepted, just like our feelings need to be heard and accepted. He is a person who is here to learn, grow and change as he gains an understanding of the world around him and how it works. He will have good days and bad days, so will I and so will you.
What I am trying to say is we speak to Reece as we would like to be spoken to and in doing so we teach Reece how to speak to others, both politely and with compassion.
The key for us, to helping Reece learn about the world around him and how to communicate within it, is modeling the behaviours we expect, speaking to each other and those in our community with respect and compassion, the way we expect to be spoken to and reminding ourselves that Reece is three and still has a lot of learning, growing and changing to do. 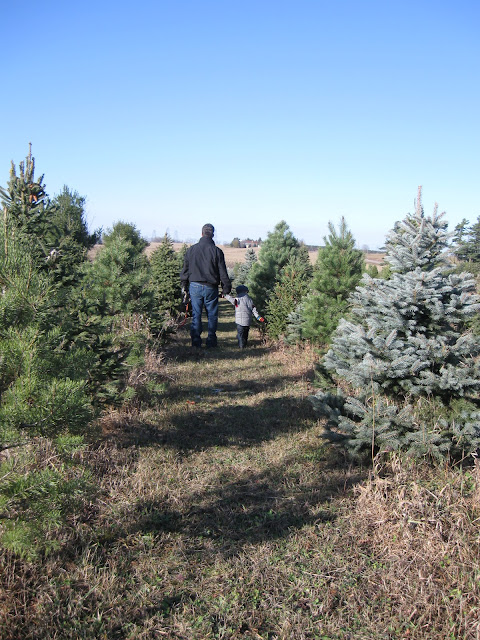 "Children aren't to be molded, they are little people to be unfolded."
Posted by Kim at 8:29 AM