I will admit to loving the change of seasons, I will even admit to anticipating the arrival of the first snowflakes, but  I will not admit to loving winter.  I like it. I can enjoy it. But I am ever so happy to see the last snow of the season melt away in the spring.
The first snowflakes are my favourite and I do love them. There is something so beautiful, simple and special about those first flakes.
We have had our first snowflakes of the season already, and today we made our first snowflakes of the season. And they are just as beautiful, simple and special as the first flakes falling gently from the sky.
Reece had no idea what  I was up to when I started gathering our craft supplies, but you could see the excitement in his eyes, he loves crafting as much as his mama. 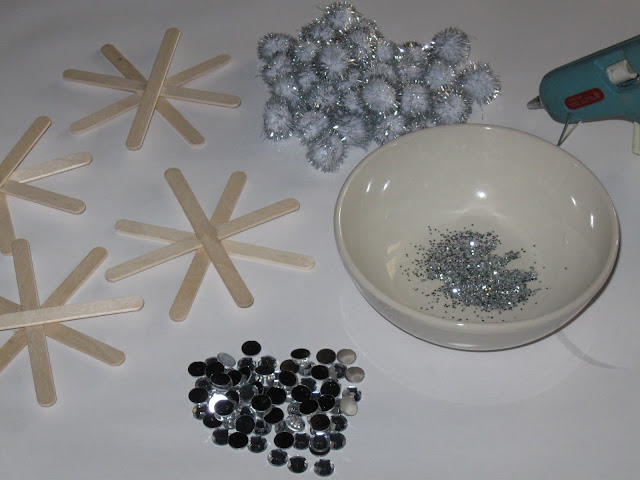 Last night, as Reece slept, I took some time to prepare the snowflakes out of popsicle sticks, I layered and glued them together in the shape of snowflakes, which meant today we could get right at it.
I worked on a snowflake using rhinestones and Reece choose to work with the “puffy balls”, as he calls them. I helped him with the hot glue gun and he mastered holding them in place until the glue had settled.
Reece was intrigued with the bowl of sparkles I had placed on the table, he has never seen them before and it didn’t take long before he wanted to know how we were using them. So we got to it, I gave him a glue stick, and lead him in the right direction and from there, lots of fun and sparkles everywhere.  Yup, huge mess, but so much fun! 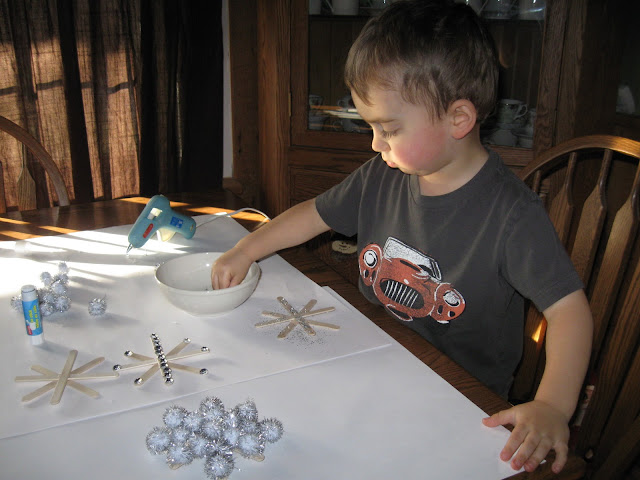 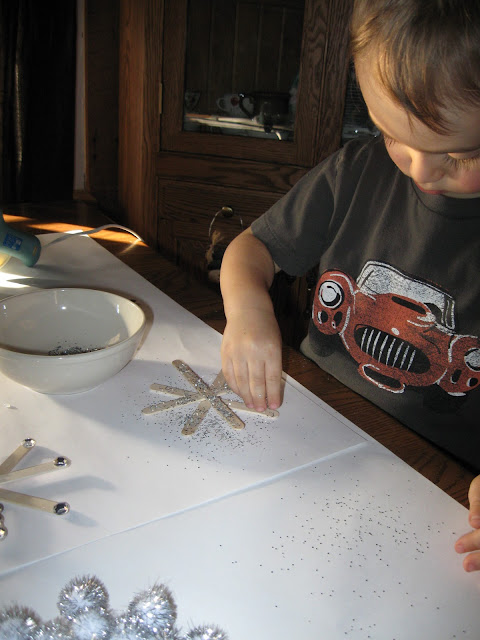 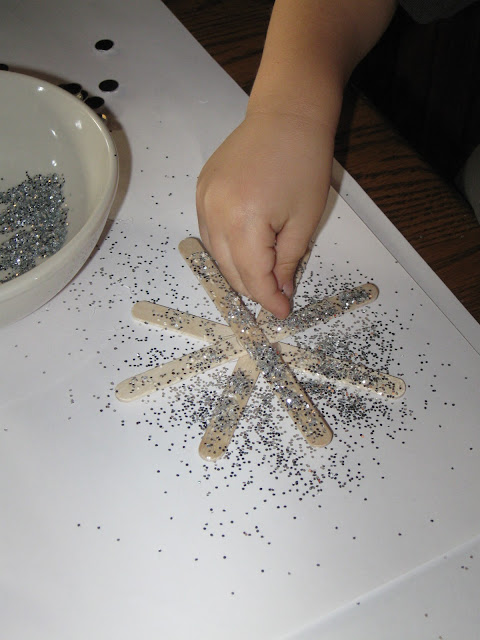 He had a blast, I had a blast and the snowflakes we made look awesome! 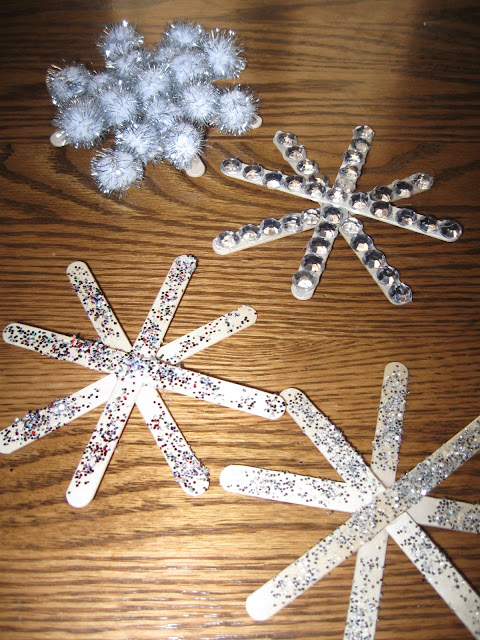 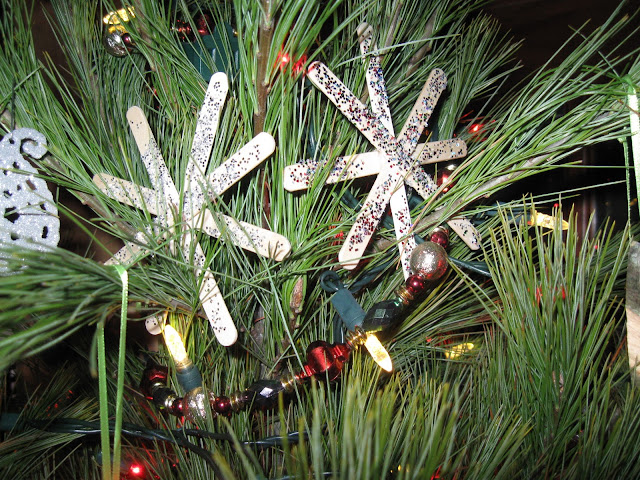 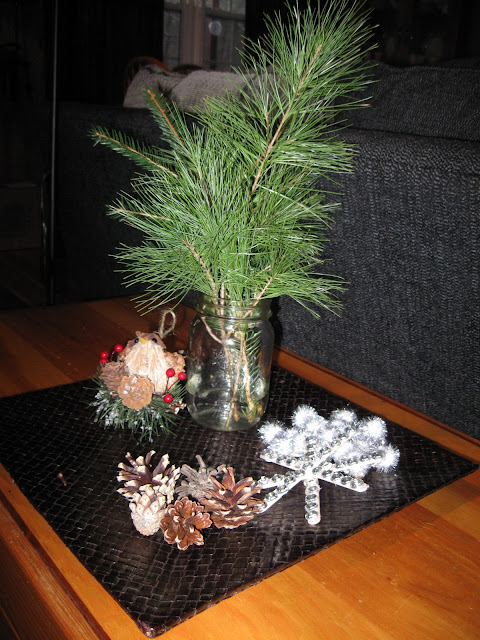 A great afternoon of crafting – fun, laughter and time together, what could be better?
Hoping you are having as much fun Christmas crafting as we are.
Posted by Kim at 8:55 PM