The Dishes Can Wait

On Sunday evening as we were eating dinner, Reece peeked out the window and commented on the colour of the sky. The sun was setting, creating a pinkish hue over the trees. He asked why the sky was that colour and I said it was the sun painting pictures before she went to sleep.
All through dinner he watched as it changed and grew a little darker. Finally, just as we were finishing up he declared he was going outside. “Really?” I said, “It is getting pretty dark out there, that might not be such a good idea.” He would have none of it, he wanted to go outside and see the last pictures the sun was making and say good night.
So, on went the boots, coat, hat, scarf and mittens, and Reece and Justin were out the door. I stayed inside to get a start on the dishes. As I washed those first few dishes, I peeked out the kitchen window, I wanted to be out there too. So, I decided, the dishes can wait. I threw on my coat, boots, hat and mittens and joined the two of them on their adventure.
To say Reece was happy to see me come outside was an understatement, he was so delighted. For the next hour, yes, hour, we played in the snow, ran around the yard following the snow trails Reece and Justin had shovelled the day before and just had some plain old fun. 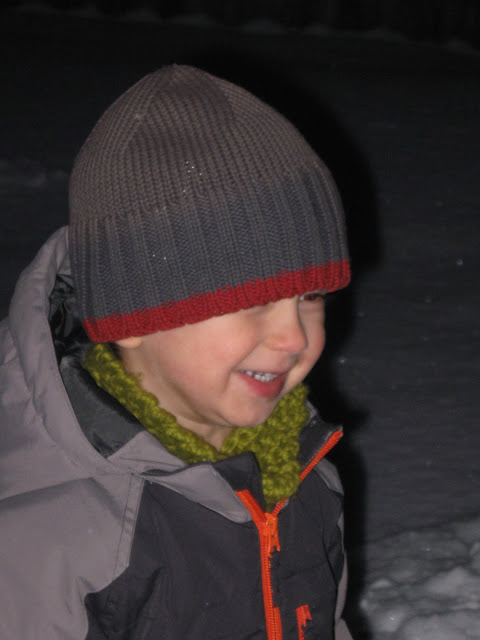 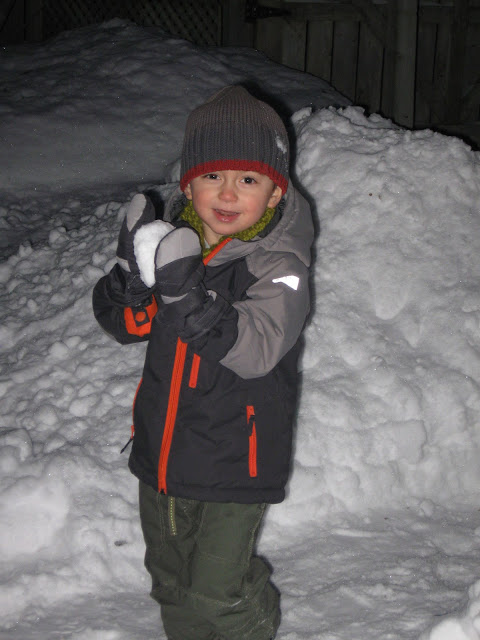 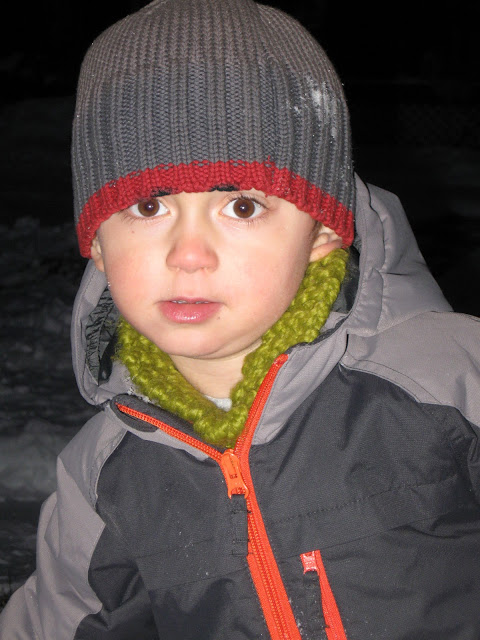 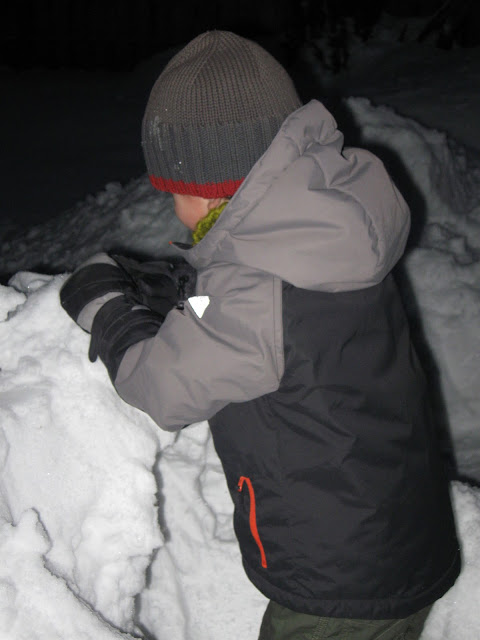 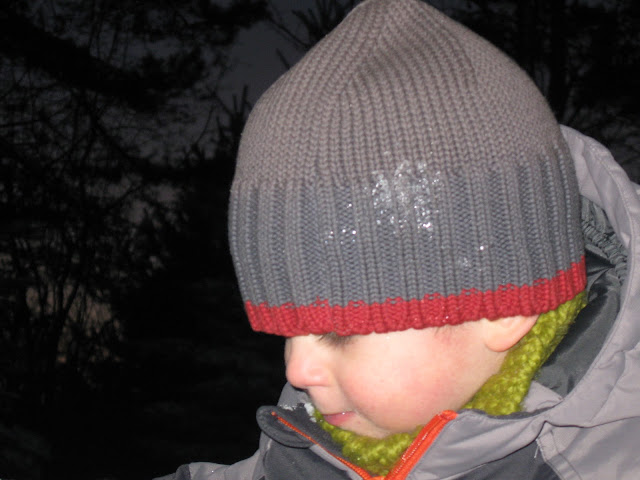 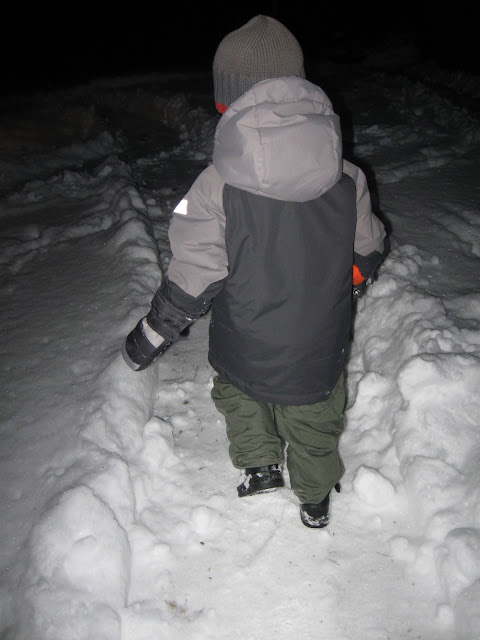 So, yes there was a ton of dirty dishes in my sink on Sunday night and I am okay with that. Instead I spent the most amazing hour with my little man on his adventure, exploring, sharing and enjoying nature. 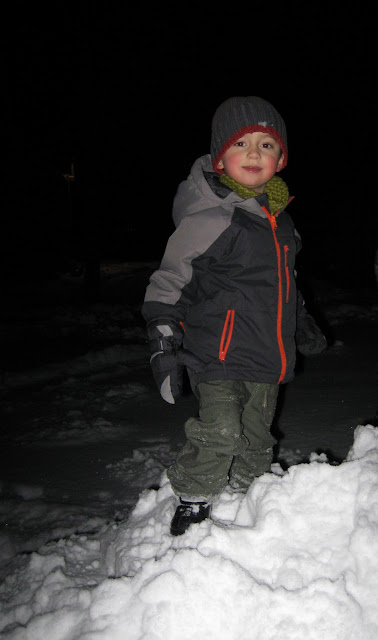 Can’t think of anything else I would rather do.
Posted by Kim at 7:00 AM