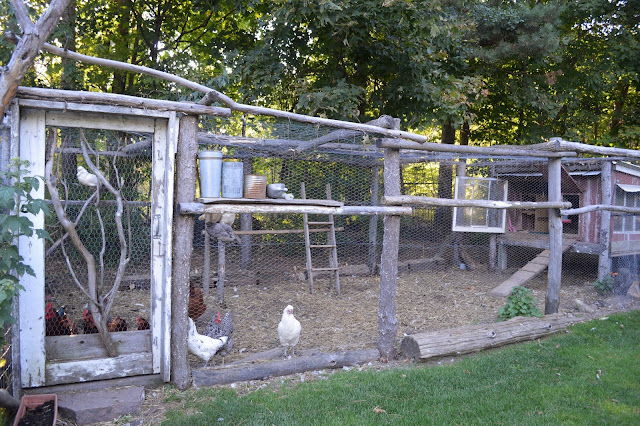 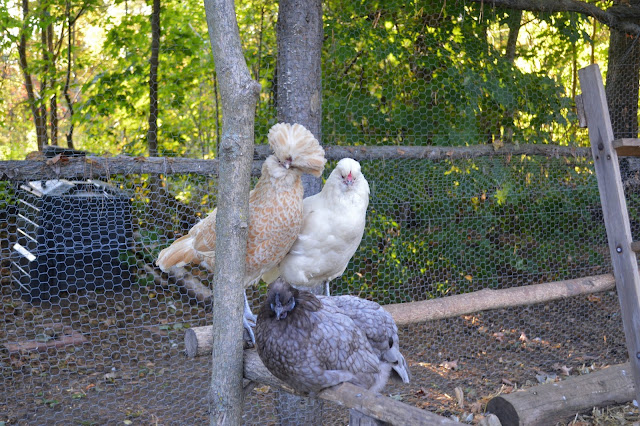 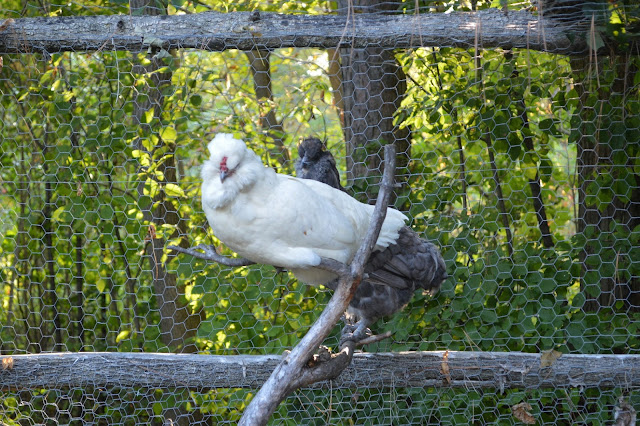 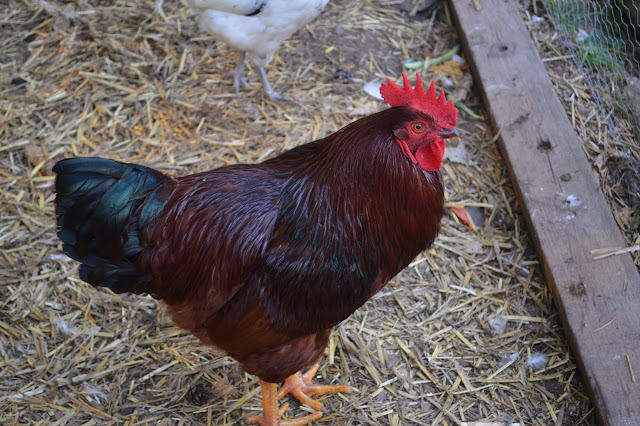 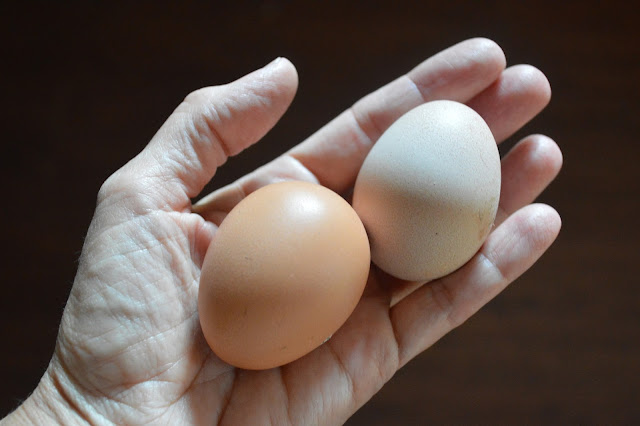 When we got our new chicks in the spring it only took a week or so before Reece picked one out as a rooster. Both Justin and I were in denial, there was no way we had a rooster...again. You see, this is our third flock of chicks, and both our first and second flocks had a rooster.

The first time we thought it was awesome. The cock-a-doodle-doo in the morning, the master looking after his hens, and the beautiful colours of his feathers, we were smitten. We named him Harry, and enjoyed having him around....until he became a little too protective of his flock, and became aggressive with both Reece and I. It wasn't fun, and he was very quickly re-homed.

The second time we were a little more hesitant, and played the wait and see game. Barney turned out to be a great rooster, he loved his flock, he loved us, and it all seemed to be going well. And then winter hit, and he began to peck at Tophat. Every morning when we opened the coop she would be missing more feathers from her beautiful plumage, and then one day her tophat was gone, completely pecked off by Barney. We were sad that she was being picked on, and knew we had to find a home for our second rooster. The unfortunate part is no one wants a rooster who is mean to the hens. As we searched for a home, Barney became increasingly nasty to Tophat, and the morning we went out to find Tophat bleeding and hiding in the corner we knew Barney had to go. Later that night Justin gave Barney a calm and peaceful farewell, and placed his body in the woods. The next day he was gone, and while it wasn't the easiest thing for us to do, we felt a little better knowing his spirit was living on in another animal.

And now here are with our third rooster, T-Rex. He began to cock-a-doodle-doo in late August, confirming Reece's suspicion that we had yet another rooster. He has shown a little aggression to all of us at one point or another over the last month, but we have all done our best to put in in his place, and it seems to have worked, for the time being. There were a few upsets within the flock as they figured out their pecking order, but they have it figured out now, and all the hens seem happy.

So, we will play the waiting game with T-Rex and see how it goes. We are quite happy to have a rooster as long as he knows his place. I love going out to the coop in the morning and listening as he wakes up his flock, and the world around him. It is a beautiful sound.

And now I can't leave out the most exciting part of our new flock...they are laying! They started about ten days ago, and their little eggs are a joy to find. Our flock is used to free ranging around our yard, but those new hens have been laying eggs just about everywhere, so until they get used to laying in the coop, they have been enjoying some time in the chicken run, and we have been treating them to lots of scraps, and of course, chicken cakes.
Posted by Kim at 3:00 AM

Email ThisBlogThis!Share to TwitterShare to FacebookShare to Pinterest
Labels: Homesteading